View basket “Lapostolle Apalta Red Blend” has been added to your basket.
2018

Willunga 100 is in McLaren Vale, south of Adelaide. The grapes come from a range of selected vineyards in McLaren Vale, including some over 80 years old. Winemaker Mike Farmilo joined the team as head winemaker in 2013 and is supported by Tim James. Together they aim to produce unique and distinctive wines which capture the essence of the region. They use modern equipment alongside traditional winemaking techniques to ferment the small parcels of fruit arriving at the winery. The term “hundred” originates from late Saxon and Norman England and refers to an administrative unit of government, meaning that 100+ households had to live in the area to qualify for its place on the map. Willunga 100 select their fruit from small parcels just as the district was divided up into ‘100s’, or small lots.

The grapes for this wine come from outstanding 80-year-old bush vines grown in Blewitt Springs on ancient sandy soils with an underlying clay and ironstone base. Blewitt Springs is a sub region of McLaren Vale, tucked back in the hills next to the Onkaparinga Gorge, where the days are slightly cooler and the nights notably cooler than the McLaren Vale floor. This cooler air is due to the gully breezes which are further moderated by the proximity to the nearby Gulf St Vincent. In 2017, Willunga 100 were rewarded with two outstanding parcels of single vineyard Grenache from two different sub regions in The Hundred range.

A good wet season in 2017 replenished water reserves, setting up the vines for a healthy start to the 2018 vintage. The growing season in 2018 was quite dry, reducing overall vigour and minimising disease pressure. Around average yields were seen across McLaren Vale in 2018 after a higher than average crop in 2017. Overall the vintage has produced some beautiful wines with really concentrated flavour and great tannins.

Fruit was hand harvested, destemmed and whole berry sorted into stainless steel open fermenters. The whole berry ferment spent 10 days on skins, during which time it was gently plunged to ensure optimum extraction whilst maintaining the delicate aromatics. The wine was basket pressed off the skins before maturation on fine lees in stainless steel to retain fruit purity and freshness, for 12 months prior to bottling. 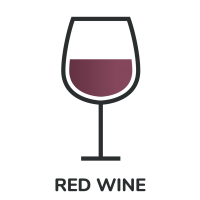