View basket “Montes Alpha Cabernet Sauvignon, Colchagua 2019” has been added to your basket.
2018

In just 15 years Bodega Estancia Mendoza has grown to become one of the 5 best-selling wine brands in Argentina and in 2017, the winery was recognised as one of the top 5 most awarded Argentinean wineries by the World Rankings of Wine & Spirits. The winery is located in the highlands of Mendoza, in a region known as the Uco Valley.

With crops at 1,100 metres above sea level, its high altitude and unique terroir of stony soils, natural irrigation of mineralised meltwater from the great Andes mountains and a climate of intensely hot summers and snowy winters all combines together to produce grapes and wines of intense flavour and elegance. It really is like no other place on earth and the wines produced from there are equally as unique

The grapes for this wine were hand harvested from vineyards across the Southern region of the Uco Valley from Tunuyan to Tupungato in the first half of April. The grapes were gently pressed and then fermented for 10 days in temperature controlled tanks at 25-27°C with pump-overs and daily delestages to ensure more fruit character in the final wine. They were then aged for 10 months in second use French Oak barrels  before being left to mature for a further 4 months in bottle.

A stunning blend of Malbec and Cabernet Franc. Elegant and complex nose that reveals red fruits such as raspberries and cherries, and spices reminiscent of black pepper. The velvet smooth palate has integrated tannins suggesting dark chocolate and plums, leading to finish remarkable for its great structure and length. 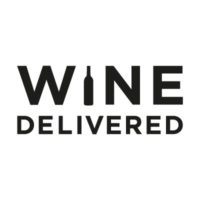